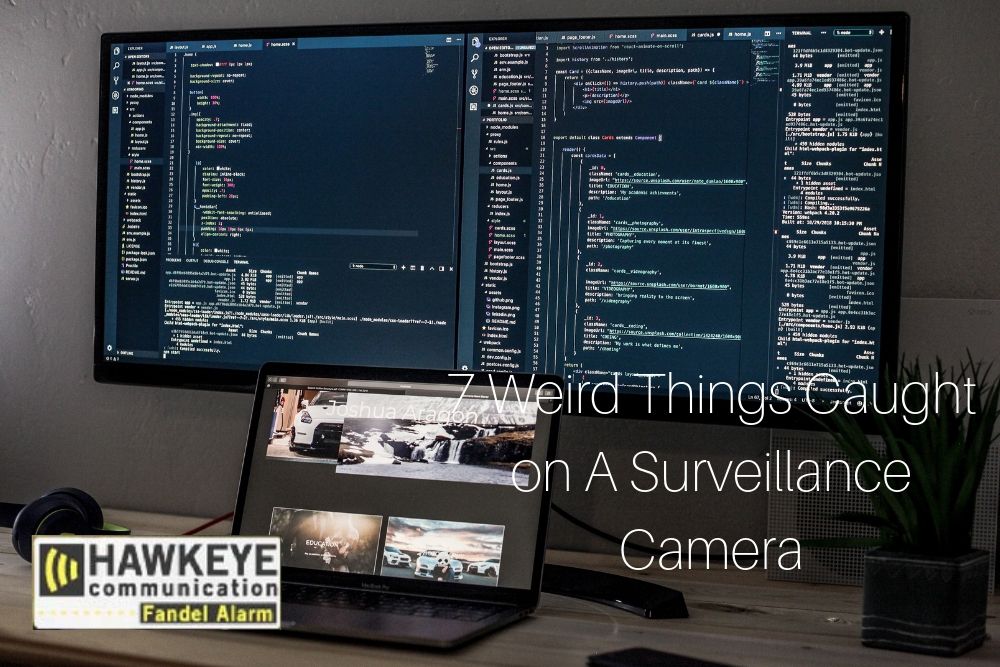 It's great to have a surveillance camera to watch over your business and property. But what will you do if your security officer reports these weird events?

1. Lights Turning On and Door Slamming Without Anyone in Sight

You can blame it to the gush of wind. But what if the place is completely locked and this occurs almost on a specific time in the evening. Wouldn't it give you the chills?

If you see a tree lying on the ground of your premise, the first thing you'll check is the CCTV footage. But what will you do if you see perfect footage of lightning striking it? Will you be sending it to Discovery Channel?

Jacksonville, Florida was hit by a scare when Killer Clowns knocked at the doorstep of most homes in the area. This resulted in schools banning the use of clowns as Halloween costumes.

This isn't Hollywood, but something that was really caught on camera. The surveillance camera was facing the bike rack, and poof! It was gone. When the camera was re-watched - it vanished in just a second.

That was a quick one.

This dude must have the time of life thinking how to find "someone" breaking the washing machine when he clearly sees it breaking on its own.

Everything was shown in the CCTV and was shown to the owner, but the owner still insisted he finds the one who broke the machine.

That's what you call stubbornness.

6. An Old Man Standing Outside the Building at 4 am

There is a good reason why the old man would be staring at the building. It may be his old work station or someone special may have worked there. The officer on duty never knew the reason for his action because he soon didn't come to the building.

Could it be because he has died?

7. A Man Licking the Doorbell

When a strange man starts licking your doorbell and doing pervert stuff outside, its time to call the authorities. And that's exactly what these homeowners has done.

Do you have any weird stuff recorded in your surveillance camera? Share it with us.