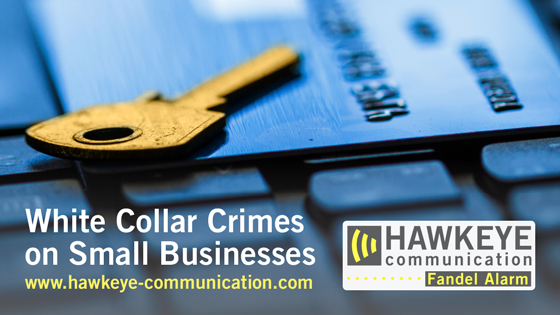 White collar crimes are characterized by their non-violent nature. They are illegal and conducted in business through means of deception and trickery to get a monetary gain. Such acts are fraud, theft, tax evasion, bribery, as well as embezzlement of funds, just to name a few. When it comes to such terms, most business owners believe that their investment can never be scathed by such big threats. As long as they have few workers and treat them with respect, then the workers are trustworthy and wouldn’t commit such crimes. But how many times have we had of workers getting away with cooked books, to a record of billions of dollars lost collectively according to FBI’s reports?

As a business or company owner, no matter how big or small it is, you are safer protecting your investment. In doing this you are not only safeguarding your good, but also for the good of your dependents, and your employees included. So how do you protect your business from such named threats?

Commercial Security cameras do not translate to you not trusting your employees, and it means you want to protect them as well from any tendencies that are not proper in the workplace. Think of it this way, if something goes missing or a discrepancy in the books is noted, it will be easier to identify the culprit without going through the he said, she said accusations. As a business as well, the legality of conducting your business is also at stake. In case the authorities want to check out your books or dealings and suspicious activities are noted, these security measures may actually be what saves you as the business owner from months or even years in jail. Cameras will also monitor the coming in and going out of workers and customers as well as equipment, recording anything that is amiss. The visibility of cameras on a site will discourage any burglars from any attempts on the business and even if they go ahead with it, it is recorded and can be used as evidence to prosecute them in a court of law.

Monitoring of employees working goes beyond their working hour or even recording what they are up to in-between. It is also important to note what they have access to when they are on the premises. How can you do this? Well having an electronic key system that can help with this; it allows for controlling were a certain employee can access and takes note of the times they do so. This means that some employees cannot access some areas because they do not have the clearance to do so. No one can access where they have no business being. In case one gets access to someone else’s key card, you can rest assured that that will be recorded by the security cameras you have installed, making these two correspondent systems.

As a business owner, you are liable to white collar crimes thus the need to apply commercial security measures to guard against such. First, educate yourself of what these crimes constitute of, only then can you make an educated decision on how to counter them. Make sure you are up to standard with proper work conduct that needs to be sustained in your business, such that will incriminate you or your workers. All in all, establishing a chic business is not enough, protecting it is what will protect you and safeguard its future.